With everything going on right now in the world. We are only offering limited services. Please call 563-556-8888 or check our Facebook site to see what events are still going on. We are taking it minute by minute, day by day.

Sending you all Love and Light during this Shift!

The Center of I AM

We welcome another season here at the Center! It is our eight month in our new location. We are rapidly growing. “If you build it they will come!” Indeed it is. The last month we had new Medical Break though massage chairs arrive. New facillitators come aboard for Reiki and Sound healing. We are currently adding two more rooms to the studio side. One for Sound healing, which will have two new gongs imported from Italy and crystal bowls surrounding the massage table. It will be a one of a kind experience! In the other room we are making room for a Pilates table. Along with an instructor. 2020 we will be introducing the Sedona Pro healing mat. With Tesla technology. This state of the art mat will help facilitate your healing. The Center keeps growing and growing. It cant happen without the help of our community. We are very blessed and thankful for your continued support!

After a gong bath session, people often ask questions about why certain sounds trigger strong emotions or physical sensations and reactions in particular parts of the body. It may seem complex or mysterious, but the reason/physics behind it is simple. I love the way that this quote breaks it down to a base truth.
“Vibrational energy triggers a rippling effect that moves through the outer energy bands surrounding the physical, and into the particular area or system of the body to which it most strongly resonates. There it restores balance.”
-Ted Andrews

What Are Intention Beads?

Local artist, Sandy Rueve has been creating millefiori clay beads for over 20 years. Over the years, she has married her passion for beadmaking with her knowledge of astrology. 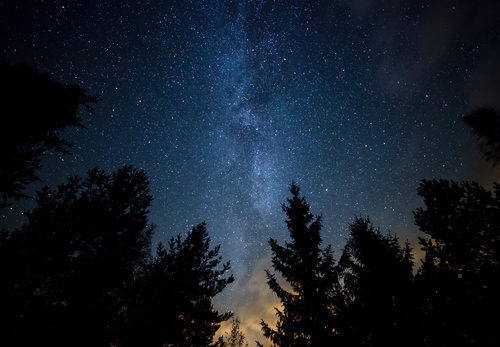 Each bead is hand-rolled from raw clay during powerful astrological transits to create a unique talisman. By capturing the energy present, Intention Beads help you realize a desire, prayer or intention. 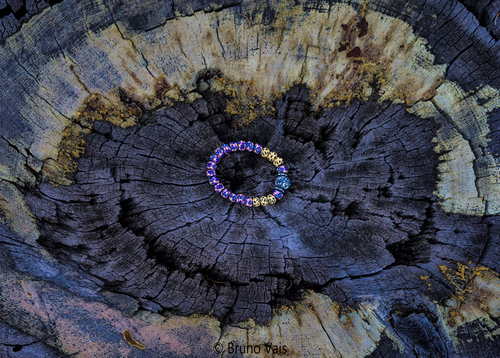 Bracelets, Necklaces, and charms are available for men and women in a variety of intentions that encourage health, prosperity, inner peace, fertility, love, self-improvement, etc.

REGISTER FOR CLASS AT CENTER OF I AM
NOVEMBER 14

Sound therapy is a wonderful addition to any holistic health care practice. It can help with anxiety, concentration, mood, and physical or emotional pain. We all carry around many layers of past trauma and suffering, and old ideas and beliefs about our own healing. Allow space and time for yourself; join us for a public or private sound therapy session and welcome in your own divine healing power.

Center of I Am Psychic Party with Don Marlette tomorrow night!

Good morning, friends! Have you experienced any of our special events yet? We have a few spots left for the psychic party tomorrow night…act fast, Don is only available to us in Dubuque a few times a year! This event starts at 7pm and does require a reservation as there are limited seats available. The $30 fee may be paid ahead of time or at the door. Please join us for an awesome evening!

Think of a tone, sound, or piece of music that you love, and try to reproduce it in your mind, vocalize it, or play it for yourself. Bring your awareness to the quality of the sound, and the way it makes you feel. Then try to describe WHY it makes you feel this way. It is fairly difficult to put into words the emotions that sounds stir in us! Whether a sound or tone is pleasing or displeasing to the body, it affects us. It is fascinating to meditate with sound or use certain sound frequencies for specific purposes and note the changes that take place mentally, emotionally, physically, and spiritually. Sound is energy, and energy moves us all…sometimes in extraordinary ways.

“When you allow sound to move through you, it unlocks a doorway and allows information to flood into your body…when you create harmonics of sound, it reminds your body of something. It reminds your body of light, of deep cosmic love, and of other worlds. Your body comes into joy and sometimes overwhelming sadness. It seeks and accesses a frequency that it has been longing for, which the sound has reminded it of.”

-from Bringers of the Dawn, quote by Barbara Marciniak

Welcome to Center of I AM!

Three years ago I walked thru the doors of the Center for the first time. I remembered feeling like I just walked into a special place. Surrounded by the beauty of the stones and crystal’s, took me back to my childhood. The energy they where giving off was nostalgic and wonderful! The Center became a special place to go through the years when I needed a pick-me-up. Fast forward to today. I get the privilege of being the store manager. The Center has blossomed into a mecca healing center. Not only do you get to experience the beauty of the stones, crystal’s and other merchandise. We offer many types of healing here. Sound, Reiki, Meditation, Readings, classes and more! The Center’s mission is to make sure everyone who walks through our doors knows they are Love and Loved. It is here to help facilitate your journey to health and happiness.

Orgone (/ˈɒrɡoʊn/) is a spiritual concept variously described as an esoteric energy or hypothetical universal life force. Originally proposed in the 1930s by Wilhelm Reich,and developed by Reich’s student Charles Kelley after Reich’s death in 1957, orgone was conceived as the anti-entropic principle of the universe, a creative substratum in all of nature comparable to Mesmer’s animal magnetism (1779), to the Odic force (1845) of Carl Reichenbach and to Henri Bergson’s élan vital (1907).Orgone was seen as a massless, omnipresent substance, similar to luminiferous aether, but more closely associated with living energy than with inert matter. It could allegedly coalesce to create organization on all scales, from the smallest microscopic units—called “bions” in orgone theory—to macroscopic structures like organisms, clouds, or even galaxies.

Reich argued that deficits or constrictions in bodily orgone were at the root of many diseases, much as deficits or constrictions in the libido could produce neuroses in Freudian theory. Reich founded the Orgone Institute ca. 1942 to pursue research into orgone energy after he immigrated to the US in 1939, and used it to publish literature and distribute material relating to the topic for more than a decade. Reich designed special “orgone accumulators”—devices ostensibly collecting and storing orgone energy from the environment—for improvement of general health or even for weather control.

The National Center for Complementary and Integrative Health lists orgone as a type of “putative energy”. After Reich’s death, research into the concept of orgone passed to some of his students such as Kelley and later to a new generation of scientists in Germany keen to discover an empirical basis for the orgone hypothesis, (the first positive results of which were provided in 1989 by Stefan Muschenich). There is no empirical support for the concept of orgone in medicine or the physical sciences, and research into the concept ceased with the end of the Institute.